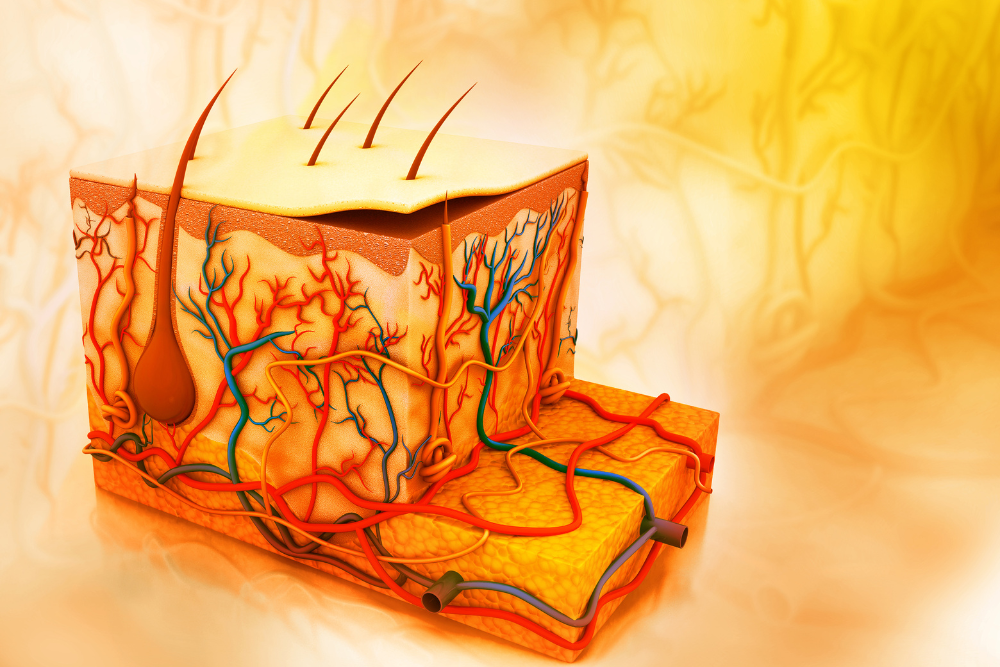 A wound is a disruption in the continuity of the epithelium of the skin. Therefore a proper understanding of skin anatomy and physiology can help wound care specialists and podiatrists better appreciate different aspects of wound healing related to the skin. The skin is the body's largest organ . It is readily visible, and therefore, skin problems have the potential to significantly impact patients’ perception of themselves and their psychological well-being.

Anatomy of The Skin

The human skin is divided into three main layers: the epidermis, dermis, and subcutaneous tissue. The dermis and epidermis are separated by a structure called the basement membrane. The thickness of skin varies depending on the location of the body and is primarily determined by the varying thickness of either the dermis or epidermis.

The epidermis is the avascular outermost layer of the skin. It is composed of keratinocytes and dendritic cells. Keratinocytes are the predominant cell type found in the epidermis, accounting for over 90% of all cells in the epidermis. They play an important role in the function of the skin as a protective barrier and through epithelization, restore the integrity of the skin during wound healing. Dendritic cells, on the other hand, play an important role in the immune system.

The dermis is the thickest, vascular layer of the skin. Unlike the epidermis which contains keratinocytes, the dermis is populated with fibroblasts and contains vasculature and innervation of the skin. The thickness of the dermis varies depending on the location of the body which also results in differences in the thickness of the skin.  The blood vessels in the dermis are responsible for maintaining homeostasis, providing nutritional support, and thermoregulation. Even though the blood vessels do not enter into the epidermis, the cells of the epidermis derived their oxygen and nutrients brought by the vasculature in the dermis through simple diffusion.

The reticular dermis, unlike the papillary dermis which contains loose areolar tissue, contains dense connective tissue. It contains thick bundles of collagen fibers and accounts for over 80% of the total thickness of the dermis. Unlike the epidermis and dermis which are separated by a basement membrane, there is no clear demarcation between the papillary and reticular dermis.

The hypodermis, or the subcutaneous tissue, is the bottom-most layer of skin and lies just below the dermis. It is primarily composed of adipose tissue and helps to attach the dermis to the underlying structures where the hair follicles lie. The hypodermis acts as an insulator, and an energy reservoir, and provides cushioning to the skin.

Functions of the Skin

Skin is one of the largest, visible organs in the human body. Several medical conditions can have cutaneous manifestations and can provide clinicians with an important clue regarding their diagnosis. Skin performs several important functions for the human body. An understanding and appreciation of these functions can help clinicians better address the impact of skin pathologies. 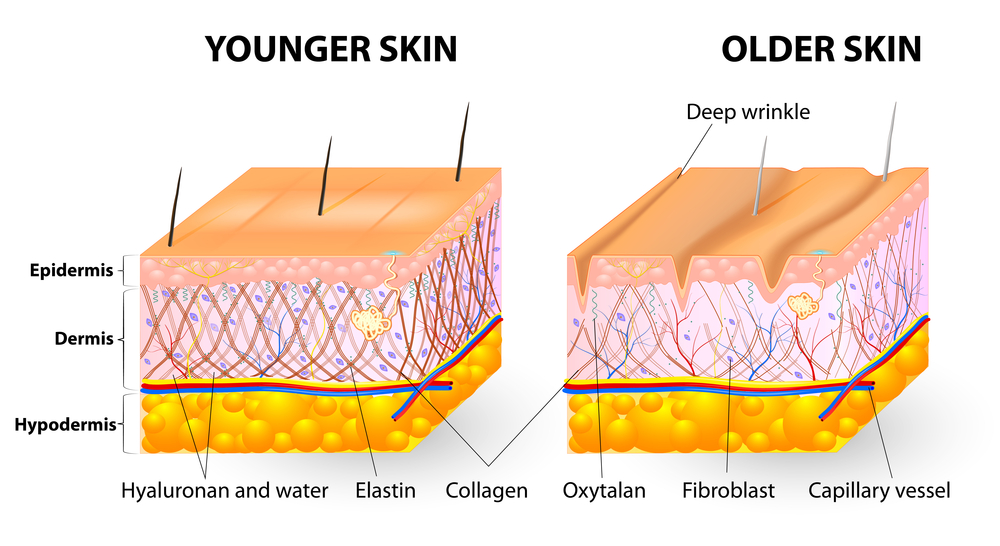